I've had so much fun knitting cowls that I decided to release a pattern! It's very simple - an easy project for a beginning knitter and something relaxing for the more experienced knitter. The double moss stitch gives great texture to the cowl. 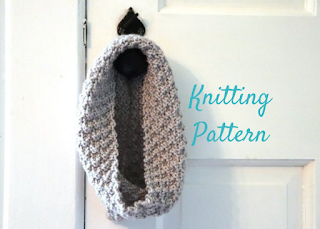 Cowls were my project of choice when I was working early on to improve my knitting skills. My goal was to get really comfortable with knit and purl stitches on straight needles before progressing to the double pointed needles needed to knit mittens in the round.

One of the first items sold in the Marion's Mittens Etsy shop was a gray cowl. Interestingly enough, it was purchased by a NYC-based Shakespeare theater group who wanted to use it as chain mail in part of a costume!

Our finished cowls have gone far and wide. Fun fact: one of the cowls is award-winning! Here's one taking home second prize in the scarf class at the fair: 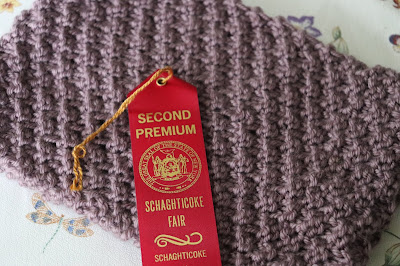 I've adapted the cowl pattern over the years. Over the summer, I discovered Fair Isle Nantucket yarn at Joann. The yarn is super soft and cozy and I knew it would be great for a cowl. I adjusted the pattern so that it takes a little less than one skein of this yarn. 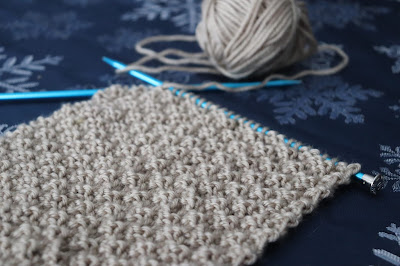 In January of 2019 a group of testers from the Ravelry Free Pattern Testers (FPT) group tested out the pattern and provided feedback. It was fun to see how the projects they made using this pattern turned out, and to collaborate with them to improve the pattern. Click here to see the pattern and projects on Ravelry. 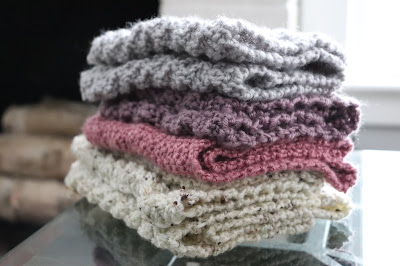 The double moss cowl pattern is available for purchase on Etsy.