After a busy winter of knitting mittens and crocheting strings for them, I decided to wrap up a bunch of projects that have been laying around in my craft room. Let's take a look!

The first one I finished up was a pink cowl knitted in double moss stitch. As soon as I picked it up I realized I only had to knit a few more rows, bind off, and sew the ends together. It was an easy finish! This is the first time I tried knitting a cowl with circular needles. I wasn't knitting in the round, but the circular set was much shorter than any pair of straight needles I had in this size. More details on this project on Ravelry. Or, order this cowl on Etsy. 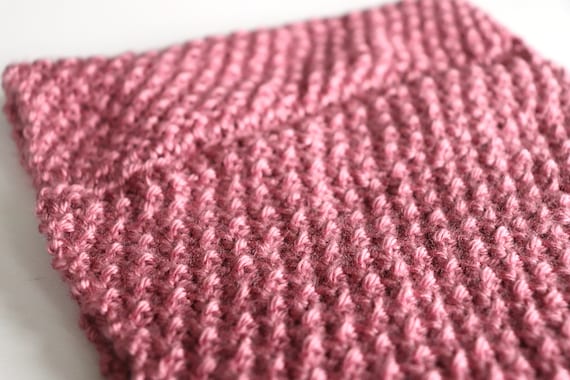 That cowl inspired me to do another cowl using the Caron Simply Soft tweed yarn I picked up. The colorway is called off white and it has flecks of tan and chocolate brown. It's very pretty, but it's probably likely that the tweed pieces will fall off at some point. More details on this project on Ravelry. Or, order this cowl on Etsy. 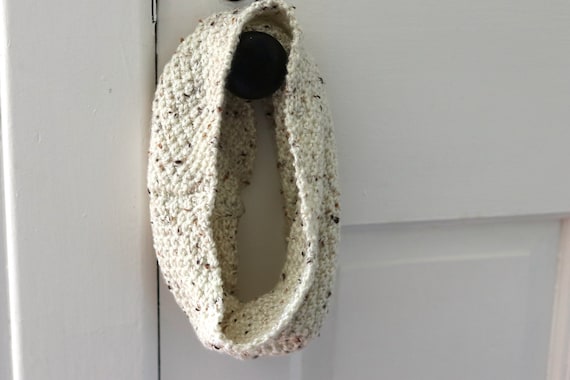 I had three of these lime green mittens for kids knitted. Why three? I was going to knit a pair for a friend's son. I didn't realize I'd knitted two already and finished a third. At this point, I was tired of the project, and took a break. I finally picked the needles back up, finished the fourth mitten, and worked my way through all four thumbs. Between this project and the cowls I'd done quite a bit of crocheting so it was nice to get back to knitting for a change. More details on Ravelry or order these mittens on Etsy. 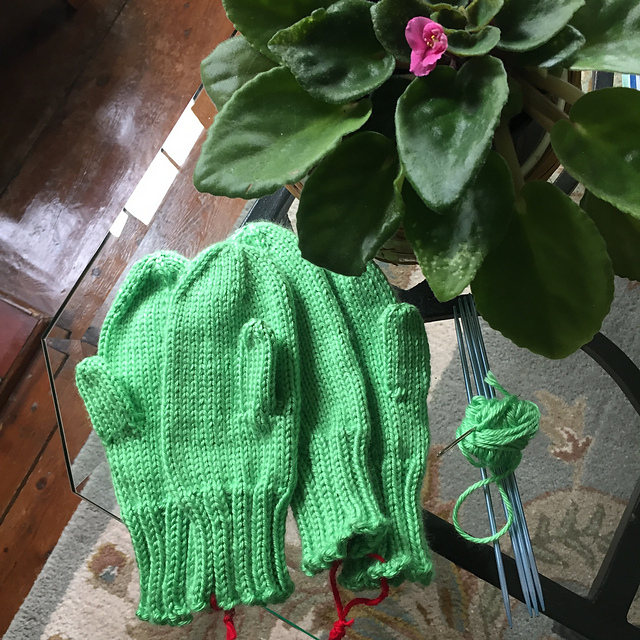 Not pictured (because it's not finished) is some progress I made on a white checkerboard baby afghan. It's quite large (46" square) and progress is slow. But I knocked out a few other rows. I also started learning to crochet baby afghans and made three of them. But that'll be good for another post.