Learning to Crochet, One Stitch and One Afghan at a Time

Crocheting was never something I was interested in - but then again, neither was knitting. After learning how to make mittens the closest I got to crochet was chaining strings to connect mittens. 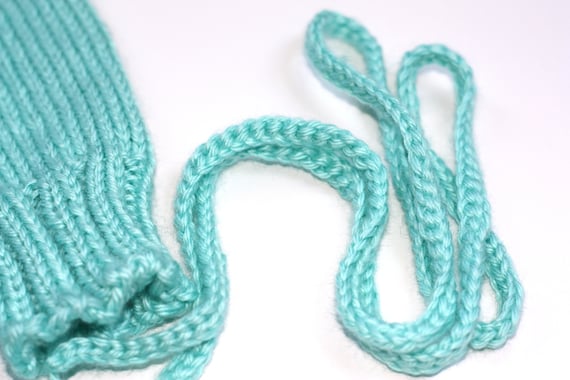 Never say never. There are some crochet projects I'm looking at for the future but just don't have the skills to do. So, I picked up a hook and some of my trusty Caron Simply Soft, and started learning to crochet. My teachers were a combination of some great tutorials on YouTube and a crochet stitch book I picked up in the clearance section of Barnes & Noble.

In order to really learn the stitches and commit them to finger muscle memory, I decided to one baby afghan per crochet stitch. Boredom or project fatigue can be a problem for me and so striped afghans seemed to be a good idea. Yes, there were ends to weave in - but stripes kept it interesting.

I started at the beginning with single crochet stitch. This was the most time consuming of the three I've learned so far. It also produced the heaviest, thickest, nicest blanket of the bunch. It sold the same day it was listed to a customer who already had a similar afghan that my aunt made and sold in our shop! Details on Ravelry. 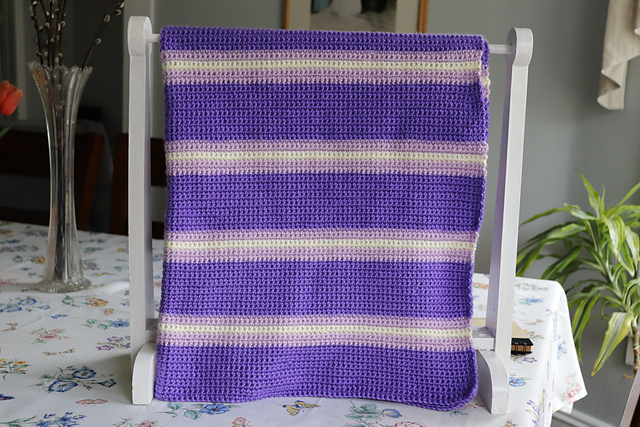 Silly me, I thought that double crochet would be the next stitch in my crochet adventure. Turns out there is a stitch in between single and double and it's called half double. This blanket went faster than the first and I had fun playing with blue hues. My biggest challenge was learning that there are a few extra chains required at the end of each row. When I realized it was starting to be shaped like a pyramid, I ripped out, learned, and started again. 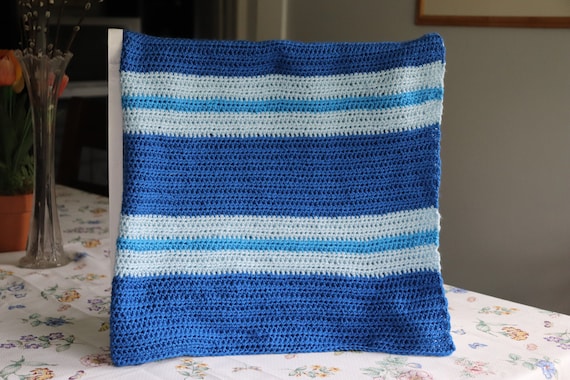 My third stitch was the double crochet. This one produced results the fastest since each row is considerably taller than those made from the other crochet stitches I've tried. Of course, the tradeoff is that the afghan is less dense and the holes are larger, but it's light and fluffy and of course super soft thanks to the Caron Simply Soft yarn. I went with purples again since the first afghan sold so quickly. 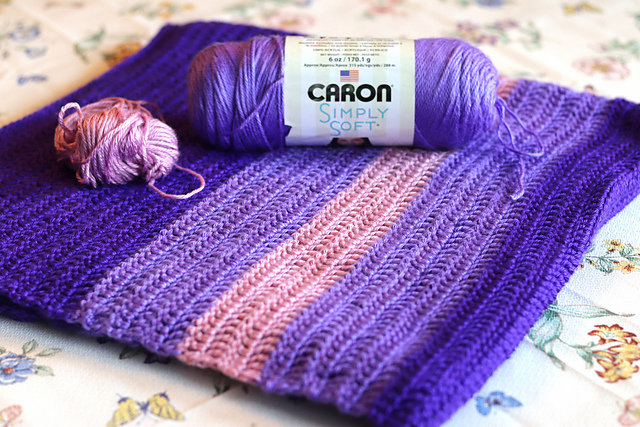 Labels: afghans, baby, behind the scenes