The Year of the Striped Afghan

Last year I taught myself to crochet one afghan at a time. This year I continued to practice crocheting, mostly the double crochet stitch, and expanded on my stripe variations.

I picked up where I left off last year with the treble crochet stitch AND experimented with adding a shell stitch border. 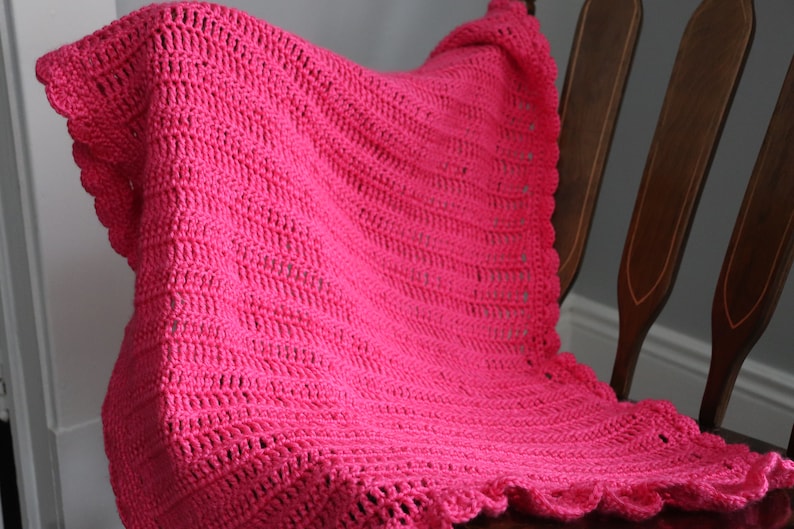 Next I made two blue striped afghans in a row. They were slightly different colors but both in double crochet. The first was a gift. I finished it the night before it was to be given (nothing like coming in just under the wire) and forgot all about taking a picture.

Here's the second one: 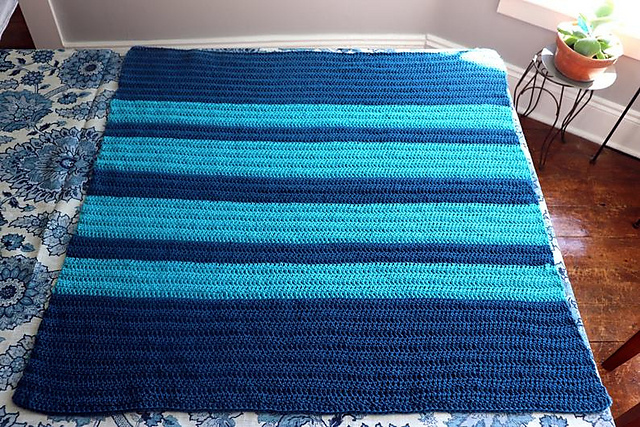 Another double crochet project, I made this one in shades of pink and cream. It was pretty popular on Instagram - I'm thinking of releasing a pattern for this one. What do you think? 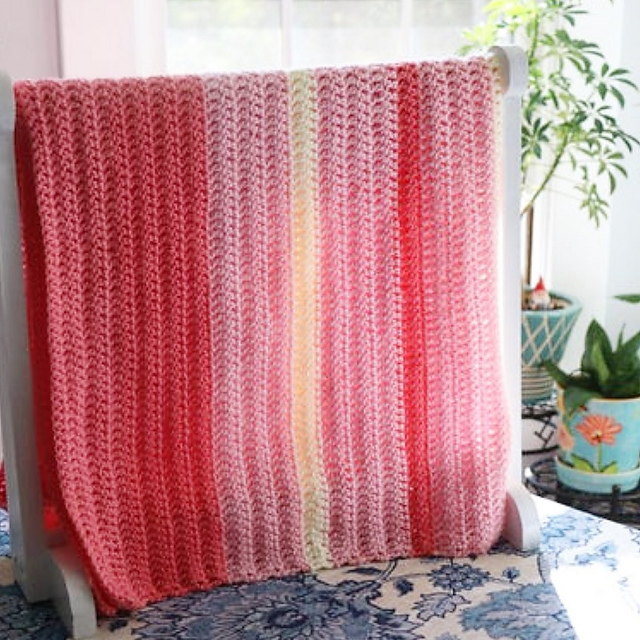 This time I experimented with some less traditional baby colors. It's another double crochet afghan with bolder stripes. 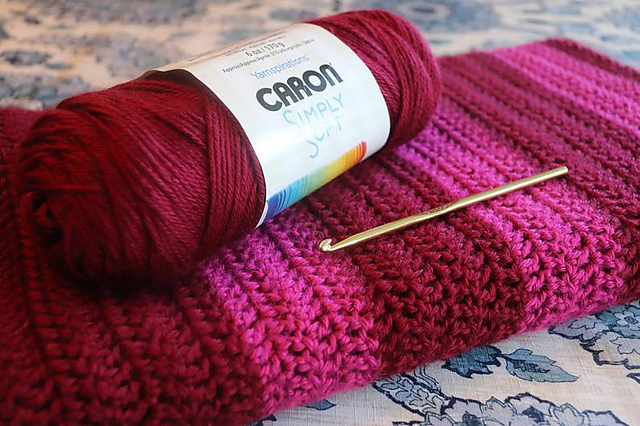 You can view more of my projects on Ravelry.